TL;DR – After hopping around, I’m back in Bangkok and running out of money.

Well my hair seems to be falling out. Maybe it’s because I spent the past few days in Laos washing my hair with bar soap (thanks, shampoo-less guesthouse!) or maybe it’s because I’m stressing out about my financial situation. The money’s low, my dudes!

No shock there, although it’s still somehow a shock. In my last post, I talked about hemorrhaging money. Instead of turning that around, I decided to not do that and keep on balling out of control. Going to Malaysia and Singapore did not help, and it didn’t help to go on a spontaneous trip to Laos either. Still happy to have those experiences, I guess?

Allegedly I get paid on the 20th, so all should be well (for a while).

So a recap of what’s happened in this past month here in Southeast Asia:

Seeing Tame Impala in Kuala Lumpur was AMAZING. I’ve never been to a concert where so many people were diehard fans before. Everyone was screaming all of the lyrics, jumping and dancing like maniacs. Unreal. After a week in KL, I took the train to Penang where the joys of street food eating were only slightly lessened by the painful, painful heat.

Singapore was a completely different ballgame. I loved how clean and modern it was, but it was way too expensive for a person of my means. Fortunately, a friend’s family opened up their home to me, even going so far as to cook me delicious Indian meals daily. I will be forever grateful for their kindness! I worked on some stories for Munchies and got the F out of the city as fast as possible.

I moved into a little apartment in Bangkok for the month of May and love it. I seem to be an oddity in my new neighborhood. Not many foreigners, in these parts, so when I walk down the road, I’ll hear people say “Farang! Farang!”(foreigner) then turn to stare at me. At first it was a little off-putting, but now we have a neighborhood camaraderie going on. Everyone says hello, people ask me where I’m going, try to speak Thai with me. I wish I was staying here longer, it’s a fun community.

I got back from Singapore just in time for RATATAT TO PLAY IN BANGKOK. Even though Ratatat is one of my favorite bands, I didn’t realize how excited I was for the show until we arrived at RCA Live.

We waltzed up to the front row, no one put up a fight. In fact, there was a huge space in the front, so huge that we wondered if people were allowed to stand there. It turns out, we WERE allowed to stand there, and we did! Ratatat warmed up in front of us, and I started losing my mind. RATATAT IS STANDING RIGHT IN FRONT OF ME, WARMING UP FOR A SHOW.

Then the show started, and I lost whatever part of my mind was left.

I’ve never had such a weird reaction to a concert. Because Ratatat doesn’t have any lyrics to their songs, and because I was SO SO SO SO SO SO EXCITED, I just started screaming. Lunatic fan screaming. “What is wrong with this person?” screaming. The rest of the crowd seemed to be pretty calm, perhaps wondering what the actual F was happening to the farang in the front row.

After the show, as though it was the most normal thing in the world, I MET RATATAT AND DIED. Just had a normal conversation like no big deal. I don’t even remember most of what we talked about because of the adrenaline. I do remember Evan Mast mentioning going to a friend’s wedding in Sicily.

I lost my voice from all of the wild screaming and could barely speak for the next four days.

In between story writing and Ratatat fawning, I’ve been loving my newly-minted GuavaPass subscription. It’s like ClassPass in the US, but for Asia and Dubai. It’s allowed me to get into Muay Thai, get back into yoga, kill myself at kettle bell classes. The app is a life saver. There’s no way I’m working out outside in this heat, and I rarely walk anywhere. Without GuavaPass, I’d be a sweaty, sedentary blob.

I’m still not sure if Laos was real. What I saw in Luang Prabang was unbelievable. It’s an hour flight from Bangkok, but you feel like you’re stepping back decades. No skyscrapers, just lush scenery and a slower pace of life. The Kuang Si Falls are stunning. No complaints when it came to Laotian food either.

I would have loved to stay in Luang Prabang for weeks (despite the struggling WiFi situation). But Bangkok was calling, and, as mentioned before, the money was/is running low. I needed to get back to a more productive routine.

Only one week left here in Bangkok. I happen to be leaving the week that the “hot season” is finally breaking. The heat wave is over, and rainy season is kicking off. It’s been HISTORICALLY SCORCHING since I got here, every day in April hit at least 100 degrees. But I lived to tell the tale!

Anyway, now it’s time (but really…) to be productive and get some more invoices going. Freelance writing is like a marathon, and I keep taking excessive water breaks.

On Monday, I’ll be meeting my traveler extraordinaire mother in Vietnam for a week of fun in the sun (protected by layers and layers of sunscreen). Once we part ways, I’ll be headed to Korea and Taiwan.

I booked a flight back to the United States, and I booked it on the Fourth of July. If that isn’t patriotism, I don’t know what is. 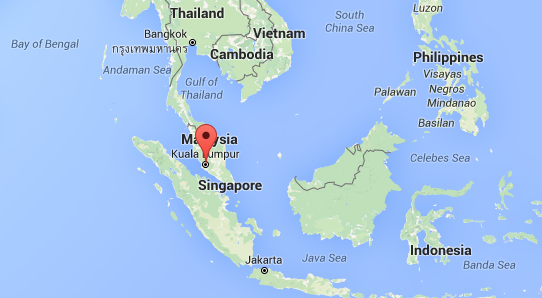 Moving slowly on this first morning in Malaysia after a night of tossing and turning. Poor sleeping aside, it’s fun and challenging to be in a new city again.

I flew from Bangkok to Kuala Lumpur yesterday to come see Tame Impala play on Saturday. Walked around KL’s Chinatown and found a popular street food spot for dinner. Ate durian ice cream. All very standard tourist stuff for day one, nothing groundbreaking. Just trying to figure out what KL is all about.

I’ve been back in Asia for a little more than two weeks, but it feels like WAY LONGER. My time spent in Bangkok was pretty productive for arriving right before the Songkran holiday (four days of nonstop water fighting to celebrate the Thai new year). Happy to be churning out more stories lately.

Writing a second blog post has been a challenge. I’ve started different drafts with wildly different tones depending on the day. I’m striking while the iron is hot – or rather, while I’m feeling more positive about the whole situation. My last draft was filled with a lot of WHAT AM I DOING HERE in both the immediate and the broad sense.

Well, what am I doing here? The plan had been to come over here, write, travel around, see old friends, etc. Then TAXES HAPPENED. This was my first year paying my taxes as a freelancer and the amount I owed was way higher than I imagined it would be. A chunk of my savings has now vanished, so instead of floating around Asia as I had hoped, I’m going to spend more time lying low in Bangkok.

I need to stop hemorrhaging money on things like massages, too.

OK, the cry baby is going to stop crying (and apparently start writing in the third person??) and go back out into the Kuala Lumpur torrential downpour and eat some roti.